Bashir El Rufai, son of Kaduna state governor, Nasir El Rufai stirred controversy when he described the coup done to a particular region of the country many years ago as sweet revenge. He also stated in his posts that those calling for justice are hypocrites.

Nigerians on Twitter who believed he was referring to the Biafran war in which an estimated two million people lost their lives, took out time to call him out for what they described as ”Hate Speech”. read here

He has since deleted the tweets and issued an apology which he ended with ” Igbo Kwenu! We are 1.”

I regret my words. Could have been put forward in a better way. It was insensitive and in the polity we currently are in it was dangerous and unnecessary. So I apologize. The object of my points could have been delivered better. Igbo Kwenu! We are 1. He wrote 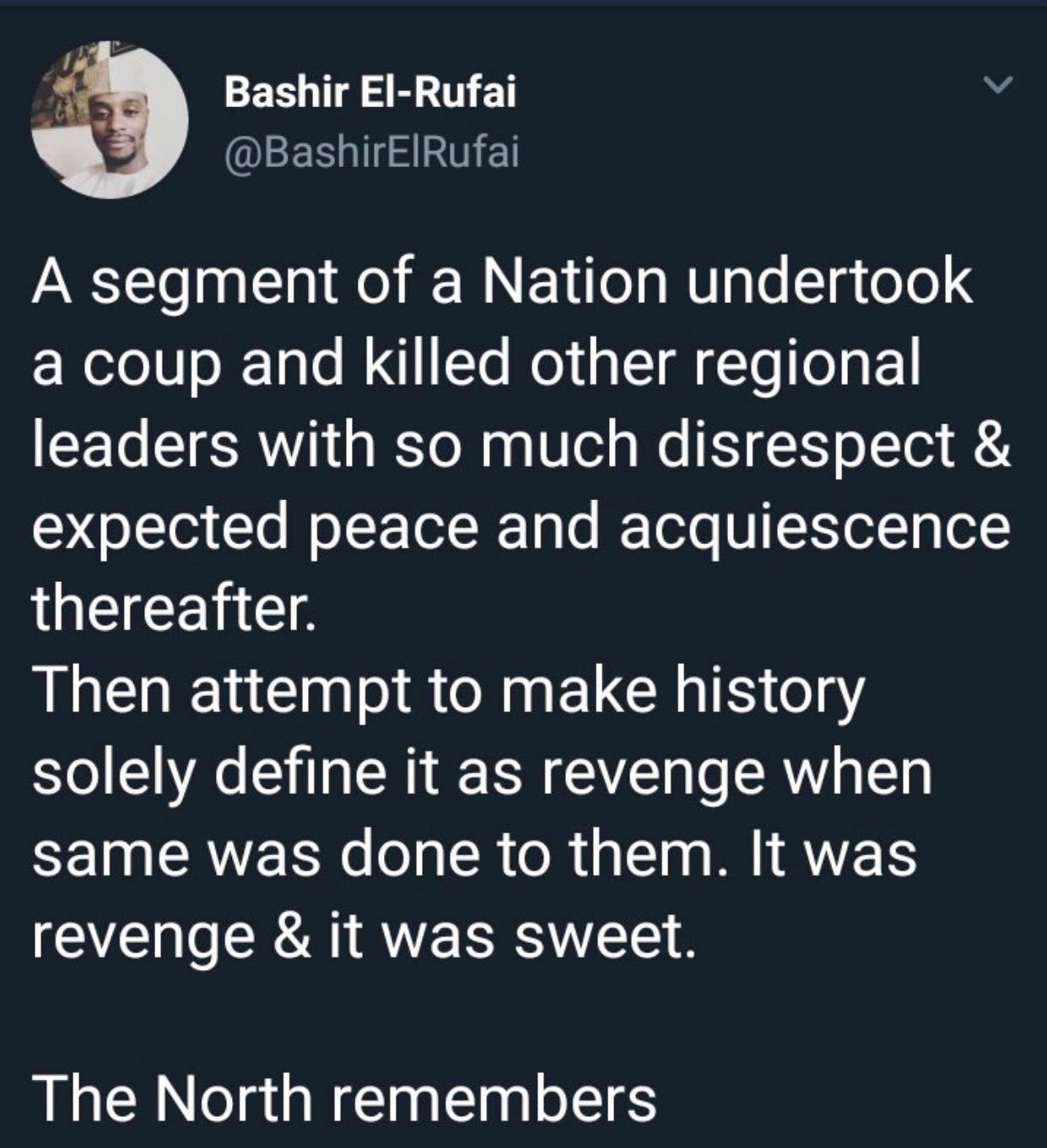 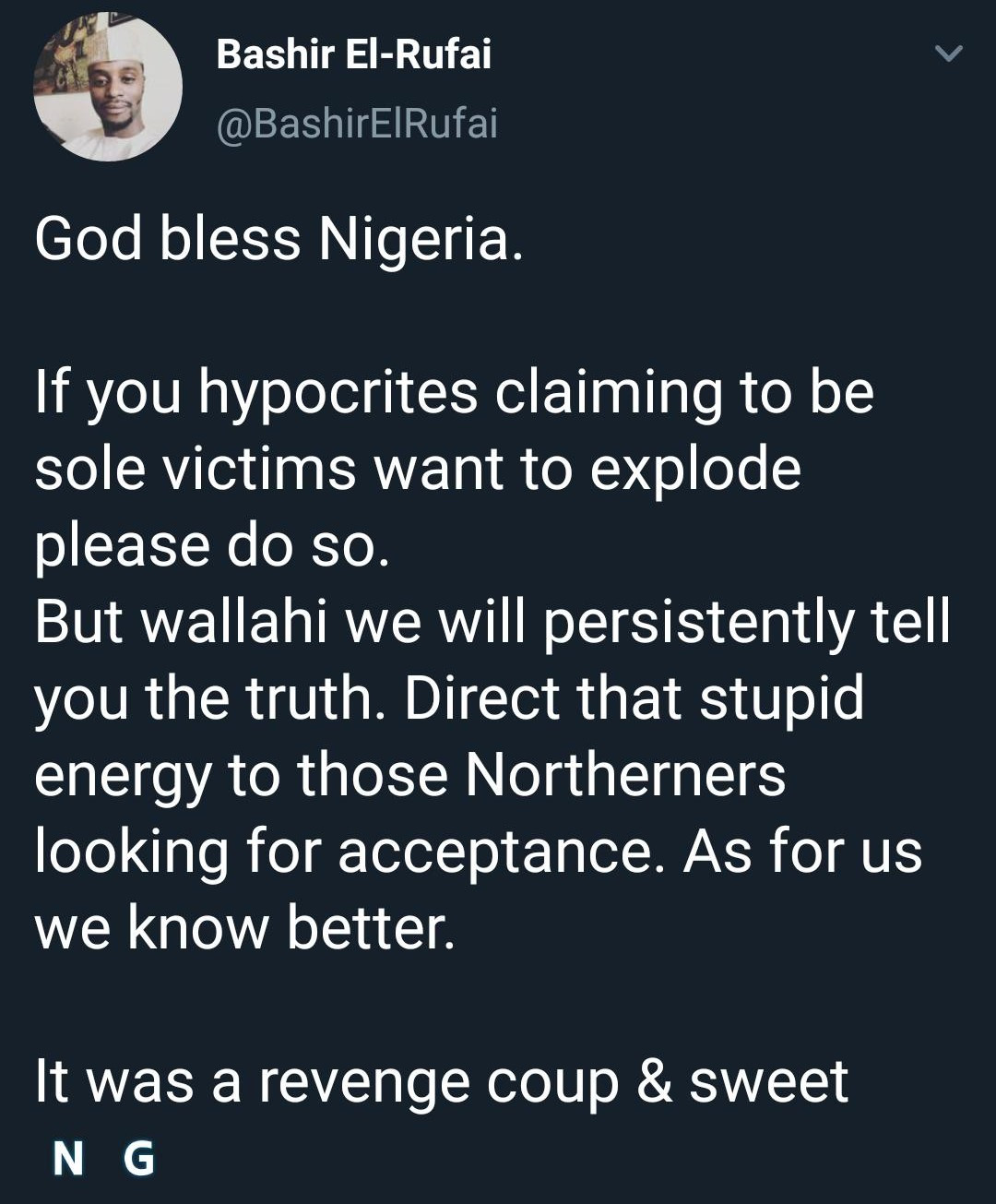