A Twitter user who appears to be a lawyer took to the social media platform to report that officers of the police force in Abuja allegedly arbitrarily arrested over 70 women on suspicion of prostitution.

According to Obono, that the women have been assaulted with some of them sustaining injuries in their vaginas. See his Tweets below. 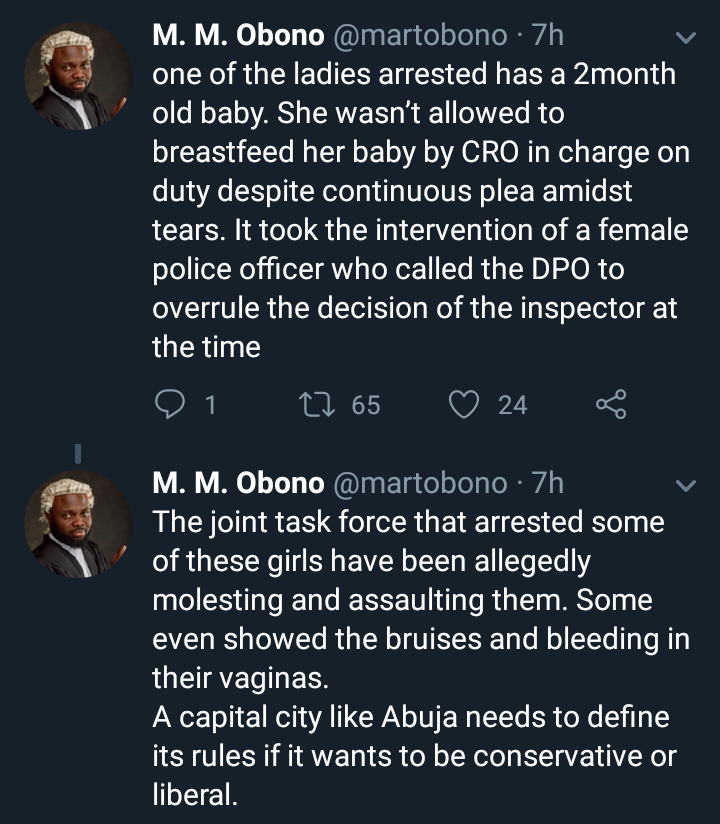 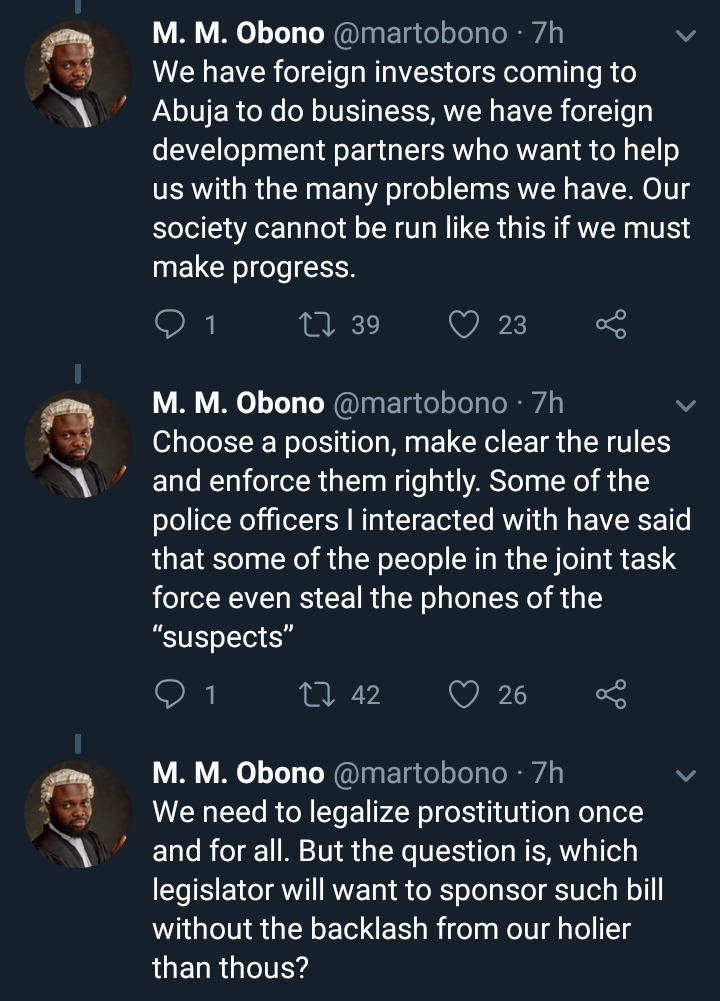 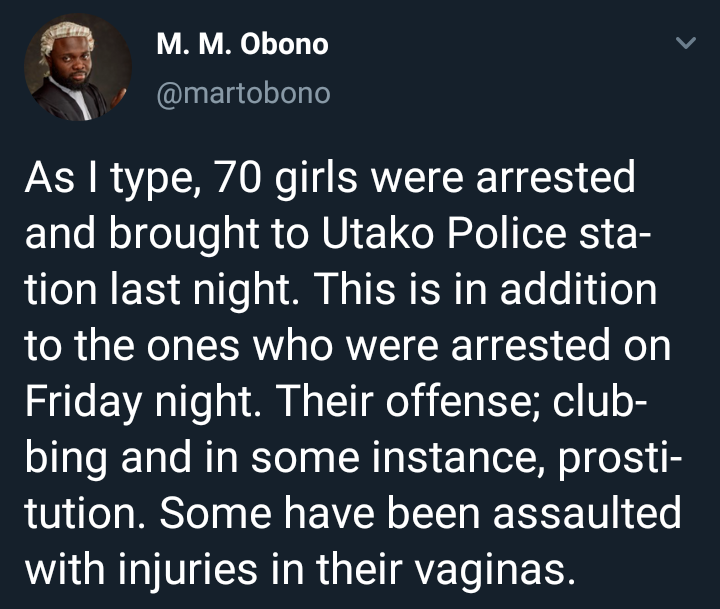