Henceforth, it will be illegal for people to wear items of clothings that cover their faces in Sri Lanka

Following the multiple terror attacks on Easter Sunday and the explosions and shootouts that broke out on Friday, Sri Lanka government has issued an emergency law making it unacceptable to wear clothings that hides the face.

The new rule came into effect on Monday, eight days after the Easter bombings of churches and hotels that claimed the lives of more than 250 people at several locations. The law banning face veils was brought in at the orders of President Maithripala Sirisena who has been warned that more militants remain at large despite multiple arrests made.

Asidea the banning of face veils, a number of other measures have been taken to avoid another terror attack. Catholic Masses have been banned for the moment.

Sri Lanka’s Catholics yesterday celebrated Mass in their homes by a televised broadcast as churches across the island nation shut over fears of militant attacks. 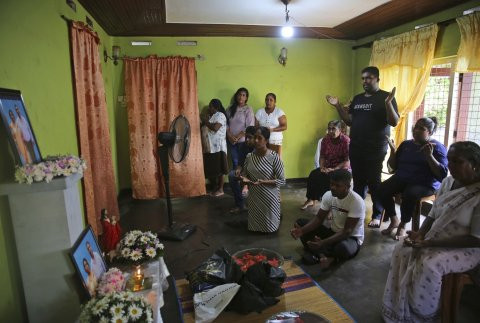