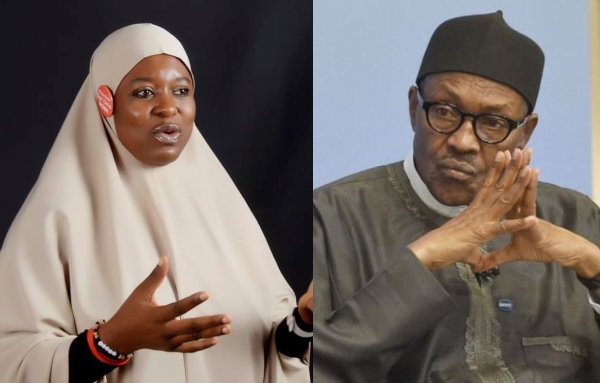 Aisha Yesufu, the fiery co-convener of BBOG has revealed that she wonders how Buhari became a General considering the state of Nigeria’s insecurity.

Recounting the intimidation she has faced over her involvement in the BBOG campaign, Aisha Yesufu who revealed that she wonders how Buhari became a General over the current state of insecurity in the country, added that some of their members have died. She told Punch;

“Sometimes I wonder how Muhammadu Buhari became a general considering the level of insecurity in the country. This is an incompetent regime. There was a time I went out for a march and slumped at the gate of Aso Rock Villa and they had to take me away. I had a series of health issues and it took me about a year before it dawned on me that since the time I was sprayed with tear gas, I had not been fine. I had to travel out of the country for a medical check-up when I realised that my nails were falling. I’d been to Nigerian hospitals and they all said I was healthy. I have had failing health issues. Some other members of our group have been attacked. We have been beaten by the police and they have removed our chairs from the Unity Fountain during President Muhammadu Buhari’s administration. During Jonathan’s time in office, we were beaten, attacked, and taken to the police station. We have faced a lot of persecution from Nigerians, the government and even terrorists. We have been called different names but the beautiful thing is that we have been consistent.”