A man and a school girl were busted inside a lodge in Kitengela, south of Nairobi, Kenya.

The 17-year-old girl, who is a Form Three student, was supposedly heading home for the mid-term break.

The man is said to have booked the lodging room in the morning and later returned with the girl who was still in her school uniform.

The lodge attendants promptly alerted the police who arrived at the scene and nabbed the couple.

Identified as Patrick Waweru, the man owned up to his actions saying that the school girl had consented to their plans.

“We had agreed and she (the school girl) said we could go to a lodge with me. When the police stormed in we were still talking and nothing had happened,” the man said.

Police officers had a hectic time controlling a huge crowd which had gathered outside the lodge to get a glimpse of the man and the school girl.

Residents condemned the incident calling on the police to take action on the suspect. The two were taken to the nearby Kitengela Police Station. 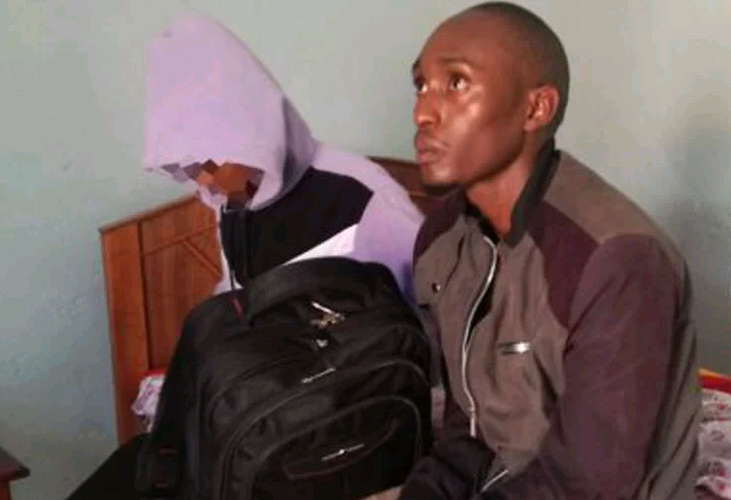