A statement from the police command says the man was found hanging from the EEDC transformer installation at Ezinifite.

Luck ran out on him as the armoured cable he was trying to steal exploded and electrocuted him instantly.

Police patrol team led by the DPO Aguata division SP Ayeni Oluwadare visited the scene of the incident and rushed the victim to the General hospital Aguata were he was confirmed dead on arrival by the Medical doctor.

The EEDC office was contacted, the corpse was then photographed and deposited at the hospital mortuary for autopsy.

Investigation is ongoing to ascertain the true identity of the deceased and circumstances surrounding the incident. 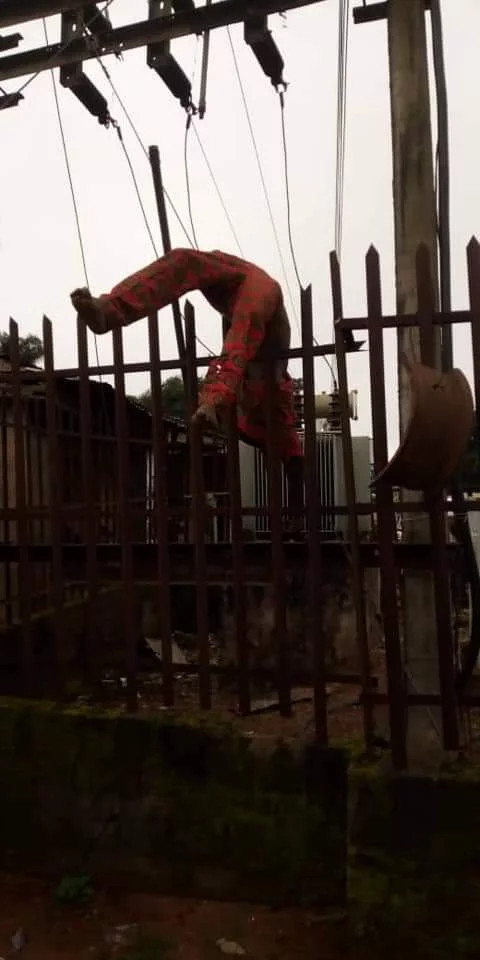