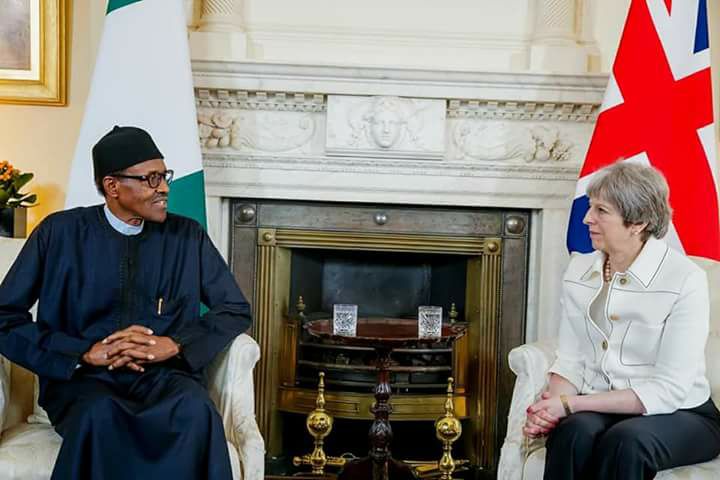 The Federal Government has denied claims made by a group known as the Northern Christian Elders Forum that the Muhammadu Buhari administration is practicing bigotry and alienating Christians.

A statement released by the Senior Special Assistant to the Presidency on Media and Publicity, Garba Shehu, says the response by the Nigerian Government is contained in a letter to the British Parliamentary Group, signed by Nigeria’s High Commissioner to UK, George Adetola Oguntade.

According to Garba, the two letters were addressed to Rt Revd Philip Mounstephen, a former secretary of the Church Missionary Society (CMS) and now Head, “Independent Review of Foreign and Commonwealth Office (FCO) Support of Persecuted Christians, “and Baroness Berridge, the Chair of “All Parliamentary Group for International Freedom of Religion or Belief. ”

In the correspondences, the Federal government strongly dismissed as inconceivable and outrightly false, allegations that the Boko Haram terrorism served a government agenda against Christians.

“It would be useful for me to engage with this process to ensure that you are thoroughly briefed on the situation in Nigeria, “High Commissioner Oguntade wrote in the correspondences.

Responding to the interim report on Foreign and Commonwealth Office Support for Persecuted Christians, Oguntade, a retired Justice of the Supreme Court, told Rev. Mounstephen:

“The safety and security of all Nigerians, whatever their faith, is a fundamental priority of the Buhari Government. The government knows that Nigeria can only achieve its potential if there is religious tolerance and cooperation.”

The High Commissioner explained that President Buhari’s deputy is a Pastor, adding that the President “has befriended Church leaders and church groups both within and outside Nigeria.”

He added that the President’s cabinet is balanced between Muslims and Christians, noting that he himself was a former Chancellor of the Church of Nigeria (Anglican Communion).

According to Justice Oguntade, Vice President Osinbajo has maintained regular contacts with Christian and Muslim leaders as part of efforts to build and sustain interfaith dialogue.

Stressing that the country’s security challenges had no ethnic and religious colourations, the High Commissioner said the farmers/herders clashes predated the Buhari administration, noting that such clashes bordered on the desire for pasture by the herders and the desire to protect crops from encroachment and destruction by the farmers.

Oguntade explained that these clashes had a long history and the Buhari administration is taking a major step to address the root cause of these crises and violent clashes pitting Muslim and Christian farmers alike against the herders.

According to the High Commissioner, “the issue of grazing routes is historically central to these conflicts and the Buhari administration is taking a holistic approach to the matter with a view to ending it once and for all, so that Nigerians can live in peace with one another.”

He, therefore, assured the international community that the Buhari Administration would ensure that “the competition over scarce land is resolved peacefully for the benefits of all parties.”

The Federal government also rejected attempts by the reporting group to link Boko Haram terrorism with official policy, stating clearly that these violent acts by the terrorist group predated the Buhari administration, like many others that were inherited on coming to office in 2015.

The Nigerian High Commissioner to the UK said criminal groups such as the Boko Haram terrorists who kill Muslims and Christians do not represent Muslims.

“Boko Haram is a murderous death cult whose savagery has destroyed thousands of lives. The Government is totally dedicated to eradicating their stain from our land.

Since the Buhari administration has been in power, Boko Haram has been significantly degraded – with the support and assistance of the UK Government. We shall not rest until this mission is completed and the people of North East Nigeria – both Christians and Muslims – can live in peace again, “he said.

The two letters were each accompanied by a copy of an opinion article signed by the President and published on November 30, 2018, by London-based “Church Times,” entitled: DON’T POLITICISE RELIGION IN NIGERIA.

In the article, President Buhari, among other things, said Muslims and Christians can flourish together.

“These two great religions (Islam and Christianity) can not only peacefully coexist but flourish together. But we must first turn to one another in compassion. For as Amos teaches us: “Do two walk together unless they have agreed to meet?”.

“We must resist the temptation to retreat into our communities because if we do, our palette of possibilities will remain primary. It is only when we mix them together that we can imagine new and greater possibilities.

“As our constitution spells out, politicizing religion should have no place in Nigeria. However, it is all the more reprehensible when in doing so; it feeds fears and plays to man’s baser instincts.

“For it makes us turn away from one another; it makes us retreat into our communities and walk different paths; and it blinds us to each other’s God-given dignity, ” the President said in the article published in Church Times.