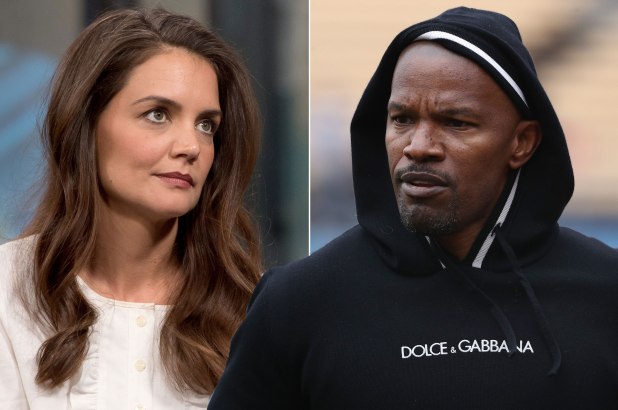 Few days after 51-year-old Jamie Foxx was spotted partying in Los Angeles and holding hands with a much younger singer Sela Vave, it’s been confirmed that his romantic relationship with 40-year-old actress Katie Holmes has hit the rocks after 6 years.

Jamie Foxx and Katie Holmes have been together since 2013, a year after she divorced Tom Cruise. E! News confirmed that they went their separate ways in late May, a few weeks after making their red-carpet debut at the Met Gala.

An eyewitness at La Esquina restaurant where the actress recently had dinner with her girlfriends, heard her say “What Jamie does is his business — we haven’t been together for months.”

Together for six years, Foxx and Holmes typically stayed away from the spotlight and only made their first public appearance together in 2018.