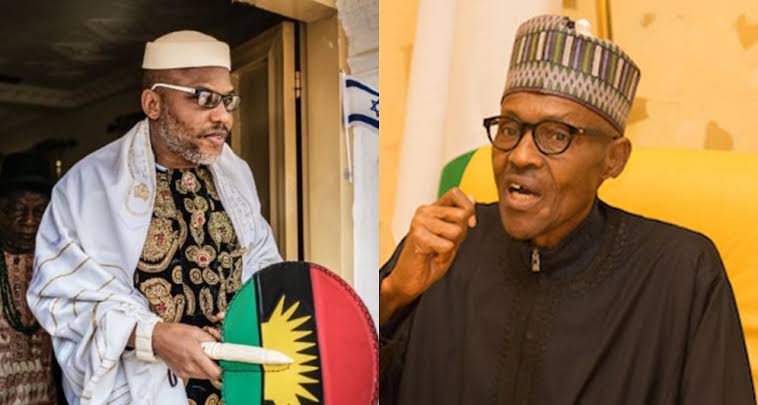 How come all of their so-called Elites, Intellectuals, Professors, Academics, Opinion Leaders, Politicians, Royal Fathers, Pundits, Pastors, Native Doctors, are silent as their government keeps on dishing out lies upon lies, deceit upon deceit, fake picture after fake picture, fake video after fake video, but are busy worrying about IPOB confronting their dirty murderous politicians abroad?

Whether shame will allow them to admit to it or not, the fact remains that Buhari is dead, buried in Saudi Arabia and replaced by Jubril Al-Sudani an impostor. That is why they have this elaborate dance of shame going on in Japan with fake pictures. We have now made sure that every government of the world is aware of this national disgrace and most heinous and despicable act being perpetrated Fulani cabal. No amount of badly photoshopped pictures, fake vidoes, lies and doctored images will save Jubri-Buhari.

Those that claim custody of societal morals and values have suddenly lost their tongue, paralysed by fear of the killer Fulani cabal in Aso Rock. In front of them is a national fraud of immense proportion being perpetrated by a bunch of criminals in high political office but out fear and ingrained cowardice they have chosen to keep quiet in the face of evil. This scale of deceit is not only historic but unprecedented, yet these people that claim to know it all are gravely silent.

We smell blood and are closing in for the kill. Jubril-Buhari is encircled and trapped by IPOB in his hideout in a Yokohama hotel. There is no escape for him. We know where his presidential jet is and will never allow him to leave Japan. Even if they try to smuggle him out by hiding him in a diplomatic bag, we shall get hold of him.

The blood of those this Nigerian Government killed through their Army and Police as a result of Operation Python Dance including those that fell at Nkpor, Onitsha, Enugu, Aba, Afaraukwu, Ngwa, Mbiama and Igweocha are crying from the grave. We must not let them down.

Check this video posted by the President of Liberia and tell me if you can find Jubril-Buhari in it. Every other head of state is there except the Sudanese impostor Nigerians adopted as their president. Common to demand for a live video of the event from Femi Adeshina, they can’t. Shame on them.