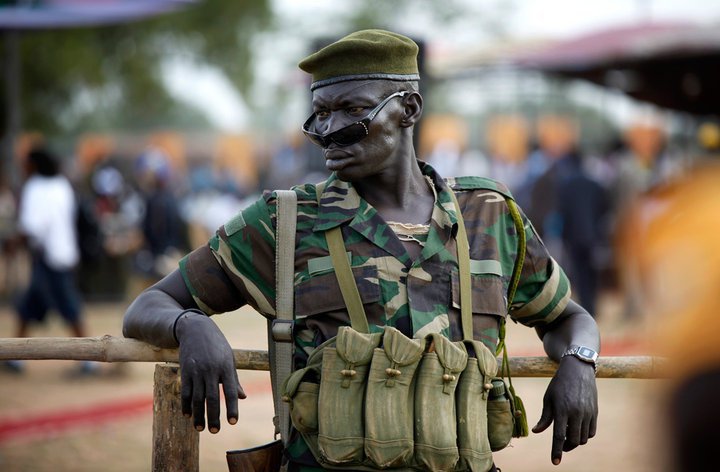 A Nigerian soldier reportedly stabbed a man to death after a misunderstanding at Lambatta Market, Gurara Local Government Area of Niger State.

Traders at the market pounced on the soldier and would have lynched him if not for the intervention of the Niger State Police Command who arrested the soldier, Lance Cpl. Attahiru Jibril, for allegedly stabbing Ali Mohammed to death.

Adamu Usman, Commissioner of Police in Niger, said “the suspect attacked and stabbed the victim to death with a knife, following a misunderstanding at the market.”

He said that the incident occurred on Friday. “We succeeded in rescuing the suspect from a mob attack at the market and notified military authorities accordingly,” the commissioner said.

Usman said the suspect claimed he was on special duty in Maiduguri, Borno. He added that Jibril will be charged to court after investigations were completed.