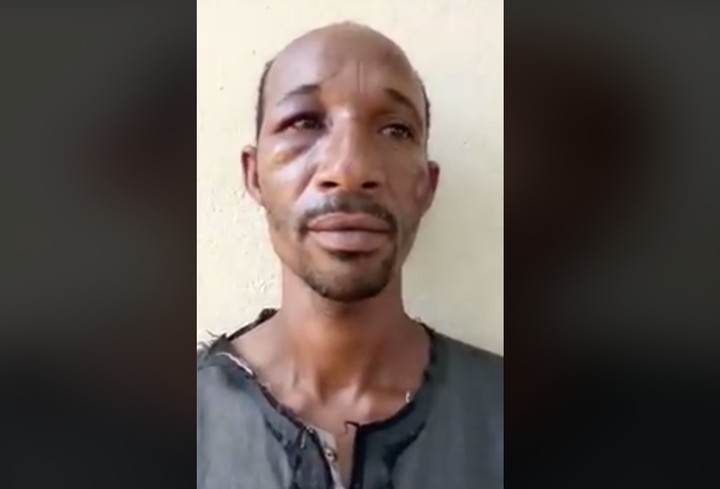 Audu is the alleged Mastermind of Kidnappings on Abuja-Kaduna road. He is said to be the most-wanted commander of kidnappers terrorising Abuja-Kaduna-Kano road axis. He was reportedly arrested by the Intelligence Response Team (IRT) of the police led by DCP Abba Kyari.

He allegedly confessed to more than 50 kidnappings and killings. Members of his gang are also said to be in custody. On Tuesday, six persons were also reported kidnapped on the road.

Abuja-Kaduna road, in recent times, has become known for kidnappings causing many commuters to travel by rail.

Watch the video of the criminal below;