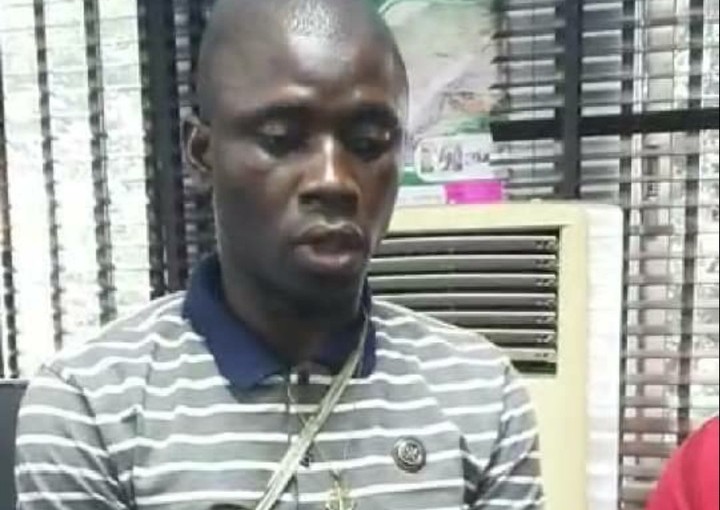 A suspected serial killer, alleged to have killed a lady in Port Harcourt, the Rivers State capital, has been apprehended.

There has been recent spike in dead of young women in hotels around the oil-rich state.

Most of the victims found dead had their hands and legs tied together, leading to circumstances believed to be hallmark of serial killing.

However, one of the serial killer ran out of luck when he was napped while heading to Uyo, the Akwa Ibom State capital from the Rivers.

Gracious West was arrested along East-West road while fleeing from the state to its neighboring counterpart.

Mr West who was interrogated by Mustapha Dandaura, Rivers Police Commissioner, narrated how he trapped his victim.

“We were inside the club then we discussed on how much I will pay her. After that we left the club to the hotel at Osas Road,” Mr West, 26, said in a one minute thirty seconds video shared publicly by the Police on its Twitter handle.

“When we got there, they took her up and I said let me look for a way to arrange for food that we will both eat,” he added even as he could not remember the hotel’s name but said it’s located around Rumuola where a lady was reportedly killed on Sunday.

“After eating, we slept till the next morning around 5:30am. I brought out a knife. She was unaware there was a knife. So, I told her not to shout that if she does I will use the knife on her.

“Out of fear she kept quite. During that time the television volume was loud. Then I used the wrapper to tie her hands her legs from the back,” and when asked which wrapper, West answered, “I used pillow case.”

The police command is expected to address the public on Friday.