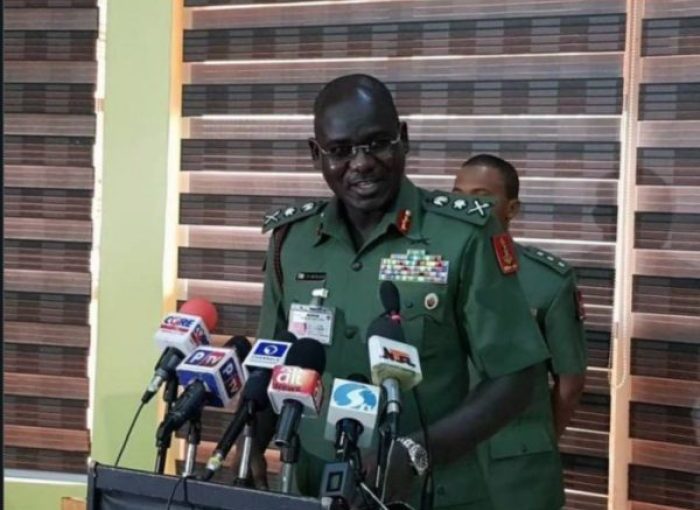 The Nigerian Army on Sunday says it has dismissed three soldiers arrested in Maiduguri outskirts in Borno State.

He said that the soldiers were initially deployed to the Operation Lafiya Dole, but engaged in nefarious activities such as kidnapping, armed robbery, killings and cultism.

Adeniyi added that the erring soldiers were dismissed in accordance with the military procedures, warning that the army would not condone criminals in its fold.

“The three soldiers were caught among the evil group, there was further resistance and attempt to escape, so we tied them up with ropes because handcuffs were not available.

“In addition; we could not put violent men that do these kind of crimes into a police van to take to the station, there will be breakout on the road and we know what would happened.

“We have to restrain them thoroughly with ropes before we take them and handover to the police.

“The Acting GOC, 7 Division, Brig.-Gen. AK Ibrahim has conducted military procedures. We do not keep armed robbers, kidnappers and cultists in the army, they had been dismissed.”