“We will tell Okada riders to drop us at a certain location and immediately we reach there I and my gang members will grabbed the victim and strangulate him with a rope, dig a grave, burry him and plant cassava on top of the grave, thereafter we sell the machine to a buyer,” Kpila said.

The suspect who has so far killed 16 people, further disclosed that “the ‘Queen’ who is a spirit told him to kill 20 people before he will have powers to appear and disappear.”

“So far, we have kidnapped 16 persons, robbed them of their vehicles, motorcycles and other belongings, killed the victims, buried the corpses and planted cassava on the graves. The ‘queen spirit’ directed us to do so and after meeting the target of 20, we would acquire whatever we want in life. It is the ‘queen spirit’ that consumed the blood of our victims” he added.

Commenting on the arrest made so far, the police commissioner Mukaddas Garba said investigation is still ongoing.  It was also learnt that some of the exhumed bodies seems to have been buried for more than a year even though Kpila claimed to have carried out his activities in Ushongo for only three months. 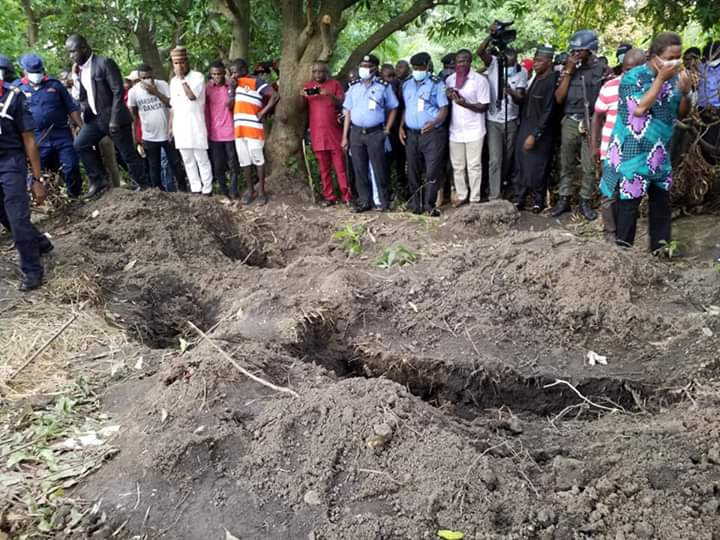