A 27-year-old South African lady identified as DJ Khanyi Ntanga has been found dead after being shot by her boyfriend, 37-year-old Rustenburg police Constable Sello Tshukudu who also killed himself.

The North West police said the couple were found dead in their apartment at Rustenburg in an apparent murder suicide scene. 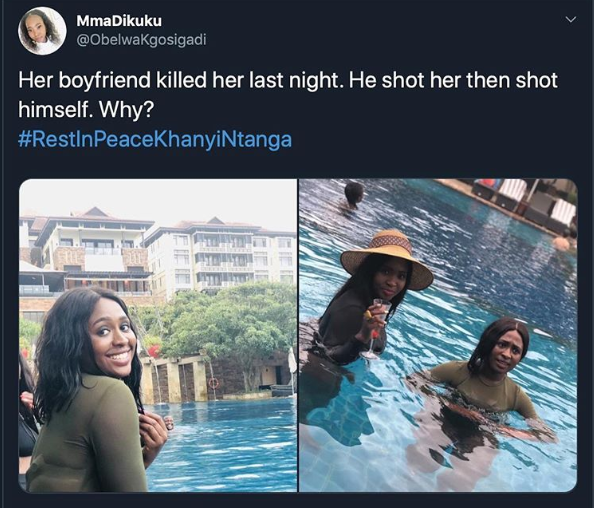 Police Spokesperson Captain Sam Tselanyane who confirmed the incident in a press conference on Tuesday October 8, said they were called to a shooting incident in Boitekong on Sunday October 6. 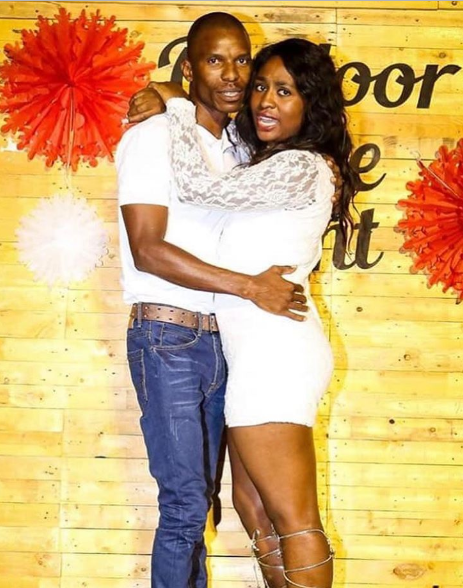 According to Tselanyane, Ntanga was found with a gunshot wound to her head alongside her boyfriend. The police has reportedly opened an investigation into the incident.

“He had a bullet wound to the head and was lying in a pool of blood,” said Tselenyane.