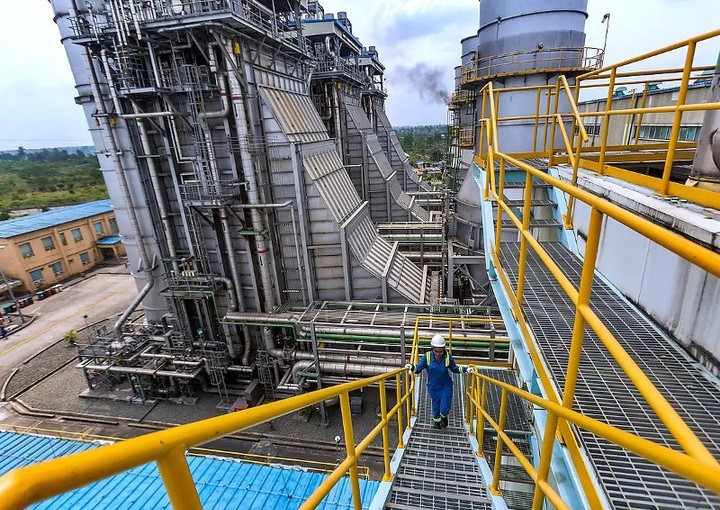 The Assa North-Ohaji South project (ANOH) is one of the largest greenfield gas condensate development projects being undertaken in Nigeria.

ANOH Gas Processing Company (AGPC), incorporated in 2017, is responsible for the project development and operation and maintenance. Seplat holds 50% stake in AGPC, while Nigerian Gas Company (NGC), a wholly owned subsidiary of NigerianNational Petroleum Corporation (NNPC), holds the remaining stake.
Final investment decision on the project was made in December 2018, with commissioning planned to be completed by the first quarter of 2020. The field is expected to produce between three and 3.4 billion standard cubic feet of gas per day by 2020.

Ownership of license blocks OML 53 and 21
Shell Petroleum Development Company of Nigeria Limited (SPDC) holds 30% stake and is also the operator of the JV that owns the license OML 21. Other partners in the JV include Nigerian National Petroleum Corporation (NNPC, 55%), Total Exploration and Production Nigeria (10%), and Nigerian Agip Oil Company (5%).

NNPC holds 60% stake in the OML 53 license, while the remaining stake is owned by Seplat. The two companies will hold an upstream unit interest in ANOH of 30% and 20%, respectively.

Assa North-Ohaji South project location and background
ANOH is one of the seven critical gas projects initiated by the Ministry of Petroleum and the Nigerian National Petroleum Corporation (NNPC) to meet the increasing gas demand in Nigeria.

The project extends in 719.84km2 in the Imo state and is located approximately 25km from Owerri and 75km from Port Harcourt.

The final cumulative EIA report was submitted to the Federal Ministry of Environment of Nigeriain September 2015 and the same was approved in February 2016.

The project is being developed in two phases, with the first phase involving the construction of two main reservoirs H1000 and H4000. The second phase involves the depletion compression, with potential to further develop other lower-ranking reservoirs.

The project will be connected to large-scale gas reserves to Nigeria’s main demand centres through the Oben hub owned by Seplat. The produced gas will be treated at the processing facility owned by SPDC JV and then forwarded through the Obiafu-Obrikom-Oben pipeline network.

Gas treatment
Gas will be treated at the primary treatment facility (PTF) to be located between the existing Assa North-1 surface drilling centre and the Assa flow station. The facility is estimated to have a capacity of 600Mmscf/d gas and 45,000bbl/d of condensate.

The processing plant will comprise two Thompson trains with a turndown capacity of 50%. It will also feature a 20,000bbl/d two-train condensate plant, which is capable of recovering 1,200bbl/d of LPG.

The processed gas will be transported to the Escravos-Lagos Pipeline System (ELPS) and West African Gas Pipeline (WAGP) through a 26km-long spur line connecting to the OB3 pipeline. The produced LPG will be trucked directly to Owerri, while the condensate will be exported to either Shell Bonny and or ENI’s Brass River terminal.

Financing of Assa North-Ohaji South project
The phase one development of ANOH midstream is expected to cost $700m, of which the JV of Seplat and NGC will fund $420m. AGPC proposes to raise $280m in debt comprising senior tranche and vendor financing.

Infrastructure facilities at ANOH
The existing infrastructure at the Assa North field includes a pipeline manifold and a mothballed flow station.

Power supply for the project will be provided by two 1.6MVA onsite diesel generators, while potable water is proposed to be sourced from the onsite stormwater storage facility.