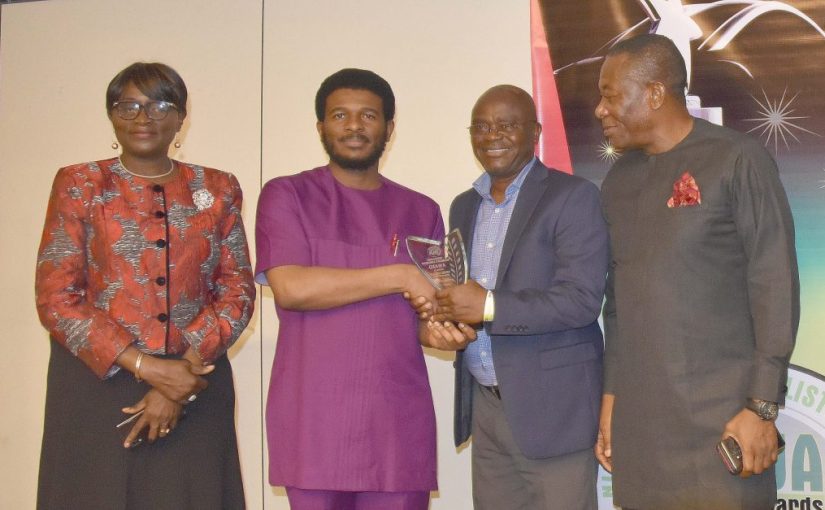 It was a celebration galore by leading auto brands, lubricants brands in the country as the Nigeria Auto Journalists Association (NAJA) recently presented different categories of awards to deserving winners at the Eko Hotels, Victoria Island, Lagos.

The award night which had the representatives of the Director-General of the National Automotive Design and Development Council (NADDC), Aliyu Jelani and the representative of the Corp Marshal of the Federal Roads Safety Corps (FRSC) as special guests was well attended by many Chief Executive Officers and other stakeholders in the nation’s automotive sector.

In the award categories for 2019, Toyota Corolla won the Car of The Year (COTY) Award beating Hyundai Tucson and GAC GS4, a Chinese brand. In the Luxury Car of The Year, Mercedes Benz S-class emerged winner ahead of BMW 7-series and Porsche Panamera, while the Luxury SUV of the Year award went to Range Rover Autobiography.

Mitsubishi L200 edged out the Toyota Hilux and Ford Ranger to clinch the Pick-Up 0f The Year Award while Mini Bus of the Year award went to the Toyota Hiace that competed with the Nissan Urvan and Mercedes Benz Sprinter buses.

New Auto Lubricant of the year went to Motul, just as Ondo Motor Rally smiled home with the Motor Sports of The Year Award.

While Mandilas was announced as the Auto Workshop of The Year and Changan as Fastest Growing Auto Brand of The Year, the Honda Accord took home Executive Car of The Year award.

In his welcome speech, Mike Ochonma, Chairman of NAJA, said that NAJA award is the most prestigious and only recognised auto award in the country.

Emphasising that NAJA awards is the only recognised award nationally and internationally, Ochonma pointed out that the winners were arrived at, after an exhaustive, but an objective evaluation of competitors in each of the categories

He said that the award winners which was arrived at through members’ votes, will among other things, provide consumers with sound, comparative information on vehicles that are new to the market.

In his response, managing director of Toyota Nigeria Limited (TNL) Kunle Ade-Ojo who received the COTY award in a presentation made by the duo of Kayode Opeifa, Executive Vice-Chairman, Presidential Task Team on Apapa Gridlock alongside Ifeanyi Agwu thanked the organisers for putting up the award and for finding the Toyota Corolla worthy for the COTY award.

Ade-Ojo promised that the company will continue to uphold the integrity which the company has been known for while contributing positively for the Nigeria Auto industry.