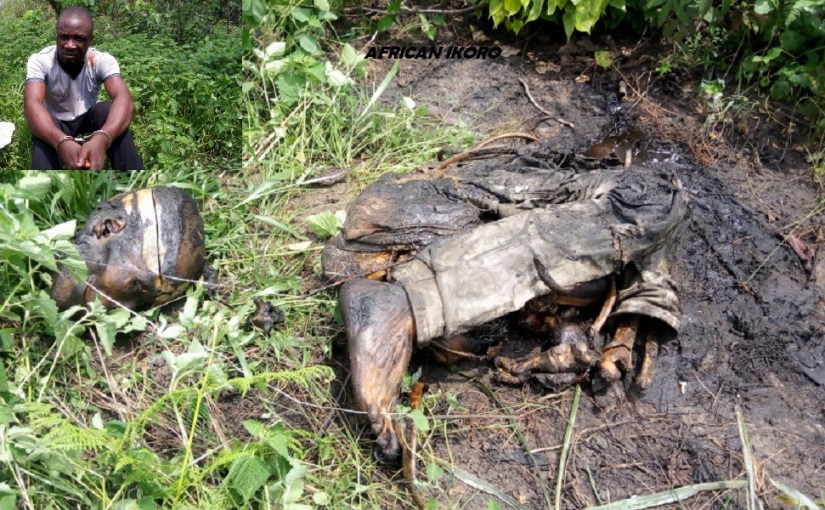 The Rivers state police command has recovered three corpses of University of Port Harcourt students who were kidnapped at Choba in April  and killed at Eteo community in Eleme local Government Area.

SEE ALSO : Chi-Ukwu vs Chi, {God vs Personal god} Do The Igbo Worship Many gods?– {must read!!!}
EDUCATIVE | Why Do You Think That The Study Of History Is Important Today In Nigeria
FUTO Final Year Student Builds Airplane As His Final Year Project
The three students, two males  and one female, Nelson Nwafor, Fortune Obimba and Joy Adoki were said to have been kidnapped, killed and buried in the thick forest when there decade bodies were  recovered by the tactical unit of the state Anti-kidnapping.

Correspondent AYO ODUNGWERU  reports that the female was said to be in the four hundred year level  student of uniport raped, killed and buried.

Leading journalists to the Etoo Bush, the spokesman of  the state police command, DSP NNAMDI OMONI  said three suspects has been arrested in connection to the crime as investigations continue to get the rest of the cult gang.

One of the suspect, FRIDAY AKPAN who lead the police to the bush were the corpse were recovered said one of the gang member named Bright  kidnapped the three decease that one of them is owning him some money.
He said he belongs to a cult gang called Icelander  and confessed that he has been involved in  two other operations of kidnapping.

He further confessed that Bright claimed that he a a solider and ordered them to kill the victims, adding that the gun could not entered the first victim, so they have to cut of his head.