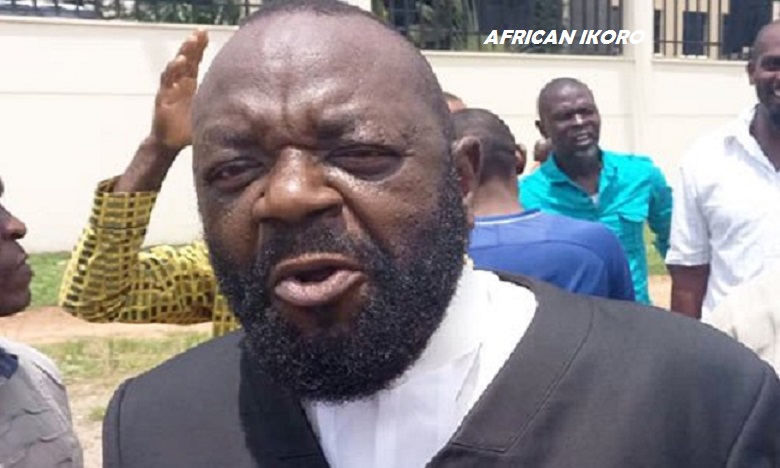 It’s often said that a lie told so many times, if unchallenged, may – in course of time – begin to pass for the truth. One of such is the terrible lie, institutionally purveyed since the end of the Civil War, to the effect that Igboland is landlocked or that it has no access to the sea. The purpose of this essay, therefore, is to debunk that lie with some simple historical and topographical evidence that are even in plain view, if you care to dig or do some physical exploration of your own.

RELATED TOPICS : EDUCATIVE | The Boundary Of Igbo Man Is The Atlantic Ocean

Suffice it to say that it is a profound tragedy that entire generations of the immediate post-War Igbos never bordered to check but seemingly accepted this brazen institutional falsehood, largely intended to taunt the Igbo and put them down. A few that knew it to be false just didn’t care anymore. That History was banned since the end of the Civil War made it worse, plus the fact that most people don’t take physical Geography that serious anymore, otherwise they would have known that Abia, Imo and Anambra States have varying short-distance paths to the Atlantic Ocean through Imo, Azumiri and Niger Rivers. It’s not really rocket science, as you can easily confirm this if you know how to read Google Earth; or conquer your fear of swamp snakes and walk through these areas on foot.

There are also many other hardly explored waterways and slithering tributaries, including the remote reaches of Oguta Lake and Oseakwa River in Ihiala (Imo State) that meandered through Igbo-delta wetlands to the Southeastern ends of the Atlantic waterfront. These rivers have varying lengths of short navigational paths to the Atlantic, and in some cases, are far shorter nautically (and even on footpath) than the Portharcourt, Calabar and Ibaka seaports are to their side of the Atlantic.

Many of these pathways, including particularly the ones from the outer reaches of Imo and Azumiri Rivers terminate at the Atlantic at no more than 15 to 30 Nautical miles to the beachhead. To put it in lay language, one nautical mile equals 1.8 kilometers. Thus, the contiguity of Southeast (not even the greater Igboland) to the Atlantic is less nautical miles than the Atlantic is to the seaports in Calabar, Onne, Ibaka, Lagos and Portharcourt. If you discount the territories excised from Igboland during State creations and the damnable boundary adjustments, it will be far less.

Additionally, what is geopolitically known as Igboland today is far smaller than what it was and legally supposed to be. As far back as 1856, Baikie – one of the earliest and credible Geographers of ancient Nigeria, had this to say – “Igbo homeland, extends east and west, from the Old Kalabar river to the banks of the Kwora, Niger River, and possesses also some territory at Aboh, an Igbo clan, to the west-ward of the latter stream. On the north it borders on Igara, Igala and A’kpoto, and it is separated from the sea only by petty tribes, all of which trace their origin to this great race” (Baikie, William Balfour, published with a sanction of Her Majesty’s Government in 1856).

But with that infamous post-War abandoned property policy and the egregious institutional injustices in boundary adjustments and the widespread anti-Igbo gerrymandering, Igbos physically and psychologically lost their vested ancestral lands, all to the point of not caring anymore about their historical contiguity to the Atlantic, which their ancestors beheld and called the ‘Great Sea’. The psychological beat-down got so bad that some of the descendants of these Igbo ancestors (nearest to the Atlantic and now lying outside Southeast) are no longer sure whether they are Igbo or not.

The worst injustice was In 1976 when the Justice Nasir Boundary Adjustment Commission made a serious and targeted agenda of carving out core Igboland territories into some neighboring States of the South-South. But they didn’t quite make an absolute success of it. They missed the southernmost Southeast lands that possess Rivers that meandered through slices of Igbo-friendly South-South territories and ended up at the Atlantic, thus unwittingly placing Igboland and its right of access to the sea under the canons of customary international law.

As it stands, international law of the sea guarantees Igboland (whether it remains Nigerian territory or not) unhindered access to the nearest sea (in this case: the Atlantic) peacefully by the many short-distance rivers, waterways and tributaries that originated from Igboland but ultimately washed into the Atlantic through contiguous South-South territories. For avoidance of doubt, there’s particularly the Obuaku confluence in Ukwa West (Abia State) that flows through Ikot Abasi in Akwa Ibom State before expanding out and washing into the near-reaches of the Atlantic. And the River Niger which ultimately joined the Atlantic through a vast network of hardly explored creeks and mangrove swamps that abut the Bight of Bonny in the South-South.

Nigeria is subject to the International Law of the Sea and is therefore bound to abide by its provisions, should the need arise in a scenario of persistent sovereign oppression of an identifiable indigenous group. The others are the United Nations Treaty of the Sea and the African Union Treaties and Conventions on the Sea, including particularly the African Charter on Human and People’s Rights, which Nigeria ratified and domesticated in 1983. The pertinent provisions are mostly embedded in the copious provisions relating to the collective economic and commercial rights of indigenous peoples lying within the Treaty nations. Ndigbo are undoubtedly an indigenous people presently lying within Nigeria. So, international law will surely come into play if a conflict arises out of Nigeria’s persistent institutional resistance to granting a seaport to Igboland.

Aloy Ejimakor is a Legal Practitioner.