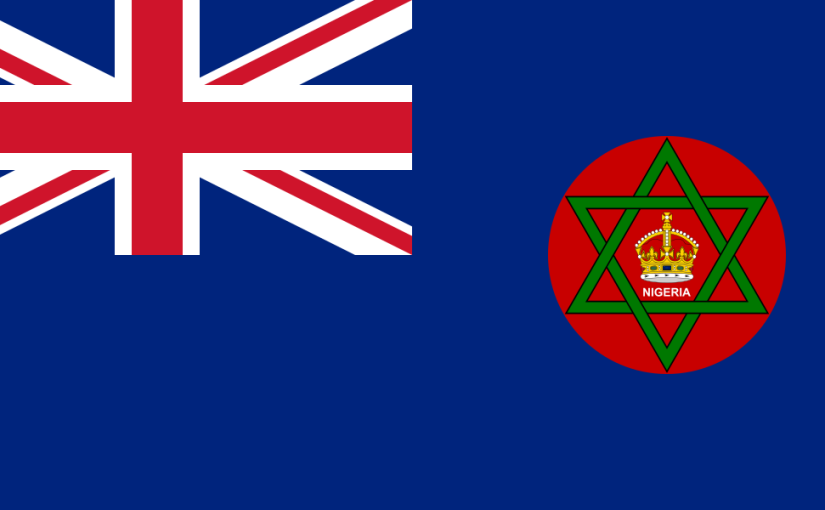 To address this topic we need to first look at the theories of the key words therein.

Ethnicity — An ethnic group or ethnicity is a grouping of humans based on people who identify with each other on the basis of shared attributes that distinguish them from other groups such as a common set of traditions, ancestry, language, history, society, culture, nation, religion, or social treatment within their residing area. — Wikipedia

The British Laid The Foundation Of Ethnic Politics In Nigeria: The case of Nigeria started from the beginning, the British laid the foundation for ethnic conflicts, when they came to Nigeria they met established political systems in place, they saw how wide the differences between the ethnic groups are, the North has a Feudal system of government, the West a Monarchical system government, while the East has a Republican system government.

Sir Huge Clifford in 1922 — Describe Nigeria as a collection of independent native states, separated from one another.. “By Great Distances” by difference of history and traditions and ethnological, racial, tribal, political, social and religious barriers,

After Sir Clifford, Sir Bernard Bourdillion in 1939 laid the foundation for regionalism in Nigeria, by dividing the Southern Nigeria into East and West, while he left the North as one, subsequent governors built upon this structure, in the later years when the Political leaders were forming political parties, they did so along regional and ethnic lines.

The British never wanted a progressive nation in Nigeria, all along from inception they new what they were doing, they carefully and purposefully laid a foundation for a continuous strife, the only thing they care about is British interest even to this day they re still milking Nigeria resources.

Ethnic Politics Encourages Unfair Distribution Of Resources : The resources of Nigeria is centralised which is why who becomes the President at any point in time is the biggest question in the country all the major ethnic groups are interested in who becomes the president, because the entire resources of the country is under the control of the President, and with the level of ethnic politics in Nigeria, you will find a supposed President of the whole country distributing the national resources only among his own ethnic group, and maybe throw a little piece at the other ethnic groups.

Ethnic Politics Breeds Unemployment : Job creation is not one of the main function of government, what government does is to create the enabling ground for the Entrepreneurs, the Entrepreneurs are the ones building businesses and industries and thereby creating jobs, in Nigeria today ethnic politics will not let the politicians create the highly needed enabling ground, the Entrepreneurs cannot access dollar from banks for the purchase of raw materials and finished goods, at the CBN you can only get $20,000 quarterly.. [that is once in three months] but there are a group of people in this country with all the dollars in the country, so the Entrepreneur will have to go them to source for dollar whether they like it or not, The Entrepreneurs after clearing their containers at the wharf will still have to encounter Customs check points on the road to their base, these policies are the real cause of unemployment in Nigeria.. And this is a direct result of ethnic politics.

Electoral Fraud
Electoral Fraud Imposes Puppet On The People: it enables the power that be to Impose puppets on the people, it renders the citizens powerless and disenfranchised, that is why during election most people are not interested in going out to vote, because after the exercise the politicians will sit and manipulate the process and decide the outcome.

It is now a norm in Nigeria that during election the Army are used, the level of military deployment during elections in Nigeria is more than what they have in Borno state fighting Boko Haram, some of these measures are to put fear and intimidate electorates, you have maladies like vote buying, snatching of ballot boxes, destruction of electoral materials e.t.c.

Electoral Fraud is A Major Issue in Nigeria: because it makes it very difficult for the citizens to choose their leader, and when a leader emerges knowing that it is not the peoples vote that put him in office rather some other forces in the polity, his responsibility will not be to the people, but to those forces which put him in office, in most cases these forces will spend billions of naira, use their influence and connections, commit electoral fraud to insure that their own candidate emerges, and there after will begin to control the government and the finance of the state.

Electoral Fraud Makes The Leader Thinks He Do Without The People: it make them think they can always steal the people’s mandate and do whatever they like with it, that is why you have in Nigeria a government that doesn’t listen, because they think they owe you nothing, over the successive governments since 19999 it has been one imposition after another, the leaders have been self serving some of them came to power poor and broke but left multi billionaires in hard currencies.

Electoral Fraud Schemes Out The True Leaders : In this country Nigeria there people who truly desire a true change from what we have now, who have all the qualities required to effect the needed change in Nigeria, there are people in this country who have what it takes to take Nigeria to the height of China, all the resources required for greatness God has given us, but why are we still in this state? bad leadership… and these unqualify mediocre leaders will not let the true leaders in, political awareness of Nigerians are growing by the day, more youths are joining politics now, but electoral fraud has been the greatest impediment.

Conclusion: Ethnic politics is well rooted in Nigeria, it’s a major problem and an impediment to the progress of Nigeria… Ethnicity has constantly kept Nigeria divide.

Electoral fraud is another evil bedeviling nigeria it will not let the right leaders who can effect the needed change emerge.

As more youths are now joining politics a time will come when the jinx will be broken.